How The Internet Has Changed Manufacturing

Home 9 Quality Management 9 How The Internet Has Changed Manufacturing 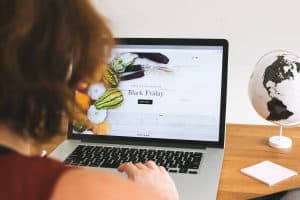 The term “Internet of Things”, also referred to as IoT, was coined by Kevin Ashton in 1999. This was merely one step on the long journey that has led to where we are today. Put simply, IoT refers to things, almost anything really, that can be connected to the internet and communicate. How has this hyper-connectivity changed manufacturing already and what does it mean for the future of quality management systems?

Computer-aided design (CAD) has allowed for a shorter timeline for a concept to go from model to prototype to manufacturing. Now, we can have machines on the production line that are connected via IoT. This allows for designs to be sent straight to production from virtually anywhere in the world. Additionally, sensors are placed in and around the machine, providing instantaneous feedback to production speed, mishaps and environmental changes.

As you can connect the various machines together in your production floor, a higher level of learning becomes available. We already know that computers are better at processing huge amounts of data and analyzing trends and anomalies, so think of the powerful dashboards of information you can have at your fingertips. Prior to this, chokepoints and holdups may have seemed random; now, you will be able to visualize the impact that changes in one area will have in another, perhaps days later. This level of machine learning greatly increases the efficiency of your total production capability.

As more and more devices and machines are IoT-capable, we will see a higher level of collaboration happening across supply chains. Imagine being able to know if a shipment is going to be delayed before you start the batch that will need some of those parts.

We will begin to see a massive shift in the workforce. As robots and AI begin to take over manufacturing jobs, the human element will not disappear; rather, it will shift to higher levels of expertise. The current positive economy has led to an increase of manufacturing jobs, but a shortage of workers already exists to fill these jobs. Technician and programmers will be come commonplace on the production floor, ensuring smooth operation of machines rather than doing repetitive physical tasks themselves, such as packing boxes or driving screws.

What Do You Need to Do?

This changing landscape affects more than just the manufacturing sector. As the skills gap widens, companies need to be prepared to train and invest internally to organically grow the next generation of workers. Schools need to be preparing for this future and shifting from the old ways of education. More focus on science, technology, engineering and mathematics (STEM) is needed to prepare the next generation for the changing landscape in the world of manufacturing.