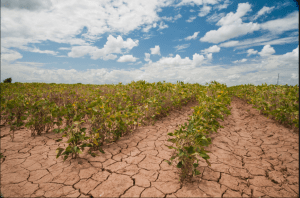 The world today has been ridiculed with lots of questions about how to sustain its population, while at the same time not degrading the environment around. This is due to the rising concern that the earth is giving up and soon won’t be able to hold the ever rising population. With such crucial concerns, the governments of the world have risen to the occasion and tried to curb the situation in every way possible. This has been through various environmental conservation conferences that have been held between all the heads of state.

If the various initiatives about environmental managements are to pull through and actually help out the situation, then we can all expect an amazing turn of events. There are so many benefits to derive from a conserved environment. These include the following;

The amount of money spent by governments trying to solve the issue of environment is insanely high. However, with time and the environmental problem improved and probably even solved, governments all across the world will definitely have a sense of relief. Consequently, the amount of funds that has been earlier invested in improving the environment will surely find its way into other ways of improving the environment. Through this, economies will surely rise and stabilize and most states will be able to sustain their populations without being dependent on other governments.

The pollution of the environment leads to a lot of health risks. For instance, the pollution of water resources causes a lot of health concerns as it results in the occurrence of water borne diseases such as cholera. With a conserved environment, risks such as this are avoided all the resultant deaths reduced. Other instances include the reduction of risks involved with gamma ray penetration through the depleted ozone layer.